Spring Walks along the C&O Canal

Among the many wonderful things about living in the DC area, one of the absolute best is springtime. The area has a plethora of blooming trees and bushes, in addition to many flowers, and a good portion of these bloom around the same time. While the city itself is known for the cherry blossoms around the Tidal Basin, there are a total of 13 cherry varieties in the area. We also have many redbuds, magnolia trees, and dogwoods, plus a stunning amount of azalea bushes, which I adore due to the variety and richness of colors.
On two consecutive April weekends I walked along the C&O Canal, which is my favorite place for walks in the DC area. In the Great Falls area my walk was going to be a quick stroll, and began at the Tavern Visitor Center, but the weather and nature were so beautiful that my legs took me a bit past Old Angler's Inn, and back, for a total of five miles. Another stroll was near the town of Poolesville, between mile markers 27 and 29, and a total of four miles.

The reason I even decided to make my way to the C&O on one particular Sunday morning was that the previous day I had heard (thanks, Twitter!) about bluebells being in peak bloom. It was well worth the drive and the walk, as they were just lovely! 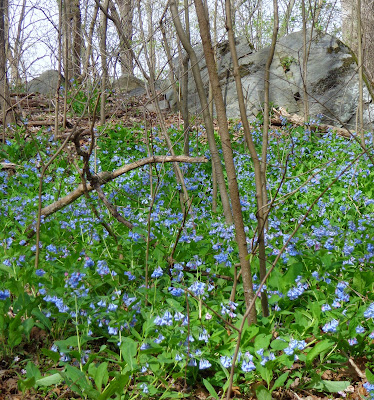 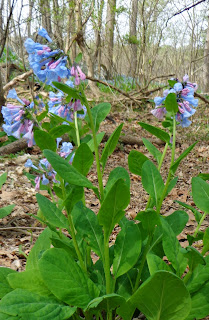 I also discovered a little nook, located between the trail and the Potomac River, which had a tiny burbling stream and some of the world's greenest grass. The stream even made its way through the roots of a tree. 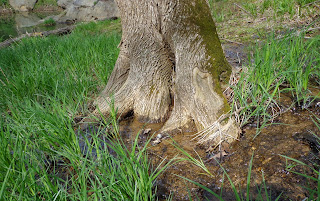 As is typical in this area, I did also spot some wildlife. 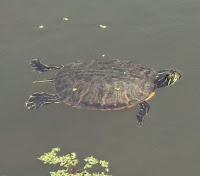 The other walk, near Poolesville, was much more peaceful because that part of the trail is far less popular. It was also unique in that quite a few wildflowers were blooming - not just bluebells. 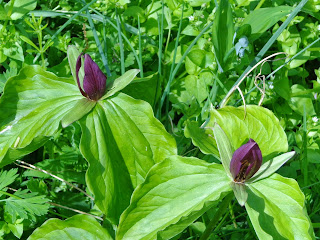 They included a number I had never before seen, and I even took to Twitter to find out the name of these dark purple beauties: they are a type of trillium sometimes called toadshade. Later I found this wonderful guide of wildflowers found along the canal.

We also spotted a few grape hyacinth, which were a gorgeous shade of blue-purple, and many violets.

In retrospect, I should have been taking photos of all mile markers along my many C&O Canal walks so that I could remember where exactly I have been, but hindsight is always 20/20, right? 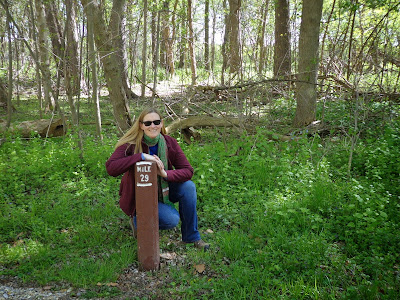