A Summer's Weekend on the Farm and on the Bay

The promise of beautiful weather on a recent weekend prompted me to take two outings.

First, early on Saturday I headed to Butler's Orchard to pick blackberries. Butler's is one of the closest "pick your own" farms to DC; they start the season with strawberries, but I typically find time to do my own picking later in the summer when blueberries or blackberries have ripened. 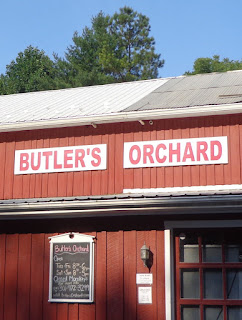 It was a spectacular morning to be outdoors enjoying the fresh air, as we have had far too many 90+ degree days, and even when it isn't hot, DC area summers tend towards the humid and sticky. Although I have a tendency to get carried away when picking berries, this time I "only" picked 4,5 lbs of dark juicy blackberries, which I mostly ate on their own, in yogurt or on my cereal, although I did also bake two blackberry & peach cobblers.

While at Butler's, I made a point to stop by the multi-hued flower garden where you can create your own bouquet of summer blossoms. 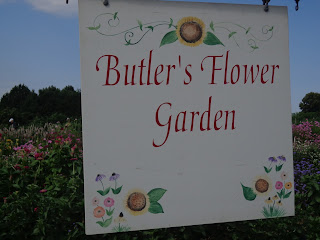 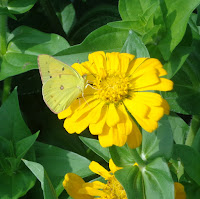 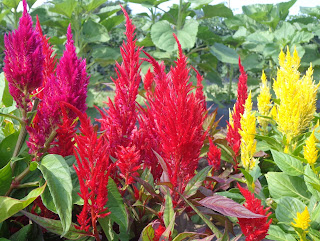 I also took note of the adorable sign advertising the this weekend's Potato Festival! 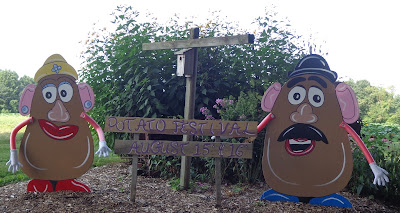 The following day seemed perfect to seek out a body of water, thus I decided to make my inaugural visit to the town of Havre de Grace. This town of 13,000 residents is located on the northern tip of the Chesapeake Bay, where the Susquehanna River flows into the Bay. I took an immediate liking to HdG when I entered Concord Point Coffee downtown, saw the cozy interior, and was warmly greeted by the barista. This cafe got another bonus point from me with the tiny cow sculpture next to the creamer and sugar, and the note next to the cow, which indicated that during this particular week the bovine's moniker was "Albert Cowmoo." After enjoying a refreshing iced tea I strolled through town, particularly enjoying some of the restored older buildings, although I neglected to take any photos!

For lunch I chose Tidewater Grille, where a table next to the enormous window overlooking the patio and water was ideal. (I was too hungry and too cautious to wait for a seat outdoors, where the bright sunshine had begun raising the temperature into "hot" territory.) One of the day's specials was salmon stuffed with crab meat - yes, please! The friendly service once again reminded me that I was in a small town.

With renewed energy, I continued my explorations. A quick drive of less than a mile from the restaurant, and I found myself in Havre de Grace's most picturesque spot - Concord Point Lighthouse, which was built in 1827, but has been beautifully restored. There is something so appealing about a bright white lighthouse against the blue sky and water! 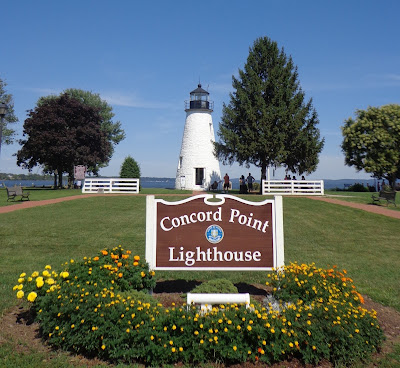 At only 36 feet tall, it is a smaller lighthouse than many others - rather adorable, I found! On Saturday and Sunday afternoons between April and October the lighthouse is open to visitors. Due to its size, only four people may climb it at one time. The lighthouse volunteer at the door monitoring visitors, and soon allowed me and a couple of others to make the short climb. As can be expected, the view out from up top was lovely, though it was also almost unbearably hot in the small lantern room, so my stay there was quite short.
The keeper's house across the street is also worth a visit, as that too has been restored, and has some informative exhibits about the history of the home and the lighthouse, as well as a small gift shop. 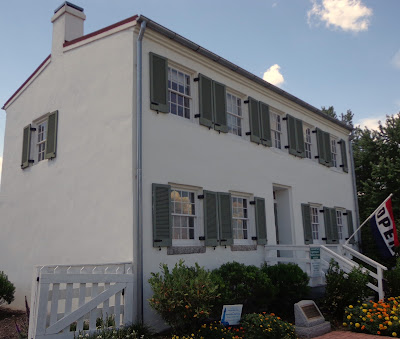 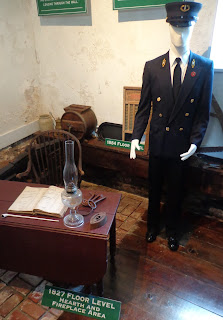 Then it was off to enjoy the sights and sounds of the Promenade, a 1/2-mile long boardwalk with great views of the Susquehanna River where it meets the Chesapeake Bay. Conveniently at the other end I found a casual restaurant, The Promenade Grille, that also serves ice cream at its walk up window -- clearly a scoop of mint-chocolate chip was called for!

Many people were taking advantage of the summer weather -- quite a few individuals had come to the water's edge equipped with lawn chairs and reading materials, and had wisely positioned themselves overlooking the water in the shade of trees in the grassy area adjacent to the Promenade and lighthouse. If I lived nearby, I would certainly do the same on a lazy Sunday afternoon! 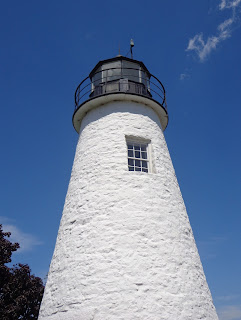