When I visit Michigan, most of my time is spent in the southwestern area -- either in Grand Rapids or at our Latvian camp, Garezers. While I've made a few trips to northern Michigan (such as this one), there are many areas of Michigan I have yet to explore. One was the town of Frankenuth, which is known as Michigan's Little Bavaria. Because my sister and I both speak German and we as a family lived in Germany for a year at one point, we have a love of most things German. So, we a short family trip to Frankenmuth was planned. (Our mom did point out that we had both visited it a few years ago -- when we were about 3 and 4 years old!)

Located in the eastern part of the state, about half-way between Flint and Saginaw, Frankenmuth was settled in 1845 by immigrants from southern Germany. We arrived at lunchtime, and immediately headed to the Frankenmuth Brewery to eat. Having been founded in 1862, it happens to be the oldest brewery in the entire state.However, the building in which the brewery is located is relatively new, as the previous building was destroyed by a powerful tornado in June 1996. We all enjoyed our meals (enormous portions!), though the sauerkraut which came with the bratwurst dinner was underwhelming.
After lunch our plan had been to walk along the town's Main Street, but the uncomfortably chilly temperatures and off-and-on precipitation put a damper on our plans, so instead we headed to Bronner's, which bills itself as the world's largest Christmas store. This does not seem to be an understatement. We drove over in two cars, then had difficulties finding one another in the store itself -- even with entrances marked "The Southeast Entrance", etc. As I later learned from the website, the store is the size of one-and-a-half football fields.
The store's thousands of Christmas tree ornaments are categorized into rather specific categories. Whether you are looking for something sports-related, or maybe a food or beverage-related ornament, you have plenty to choose from here! And to help orient you, store maps are available! 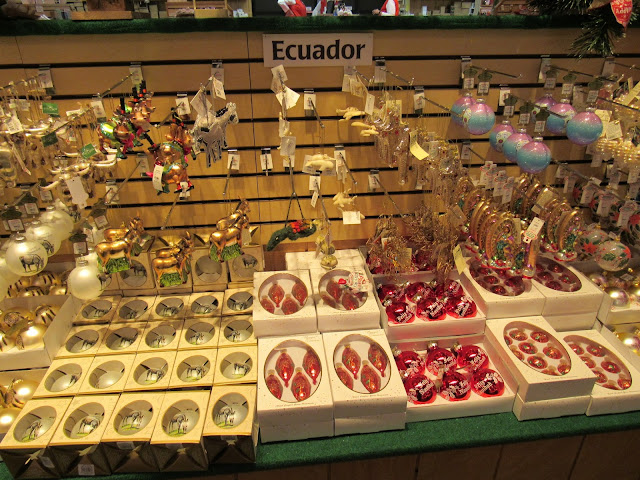 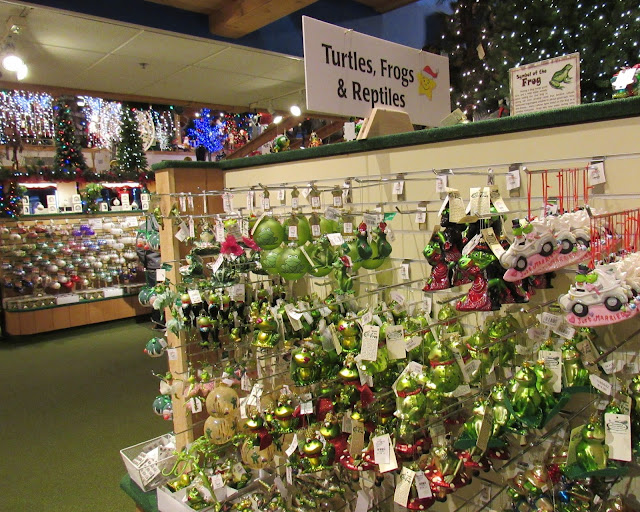 Every nook and cranny of the store is Christmas-themed, whether it's a choir of caroling teddy bears...

or Santa Claus himself... 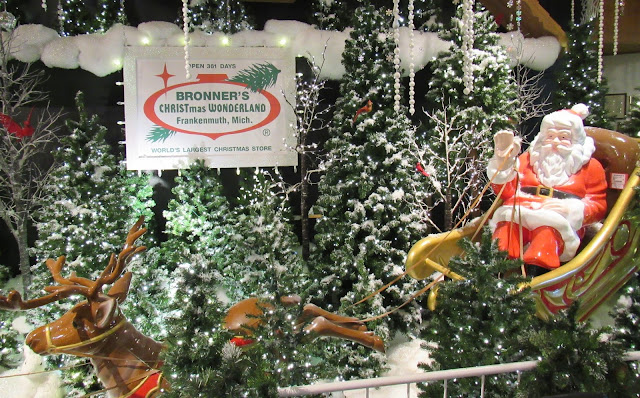 Today the town of Frankenmuth is home to about 5,000 people and offers wholesome (maybe because the original founders were conservative Lutherans who apparently came to the U.S. to try to convert others) family fun. My sister, brother-in-law, and the kids stayed at Zehnder's Splash Village, which is popular with families as it has a two large indoor water parks. Because we didn't need a water park, my mom and I stayed at the Marv Herzog Hotel, which I can highly recommend. Each room has a balcony - with either a view of the river or of Main Street, plus amenities include parking underneath the hotel (nice bonus on this visit as it did ice overnight), an evening happy hour, and an enormous breakfast buffet in the morning.

After enjoying our wine, cheese, and other snacks during happy hour, mom and I met up with the rest of the family for dinner. Frankenmuth has two large competing restaurants, both supposedly famous for their fried chicken dinner. Confusingly - or helpfully - they are located across the street from another. We chose to eat at the Bavarian Inn. 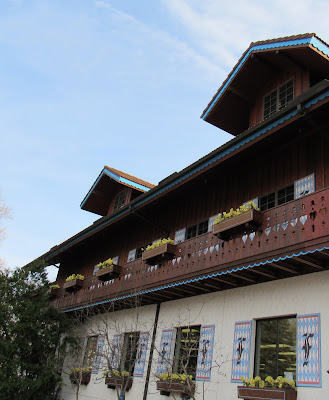 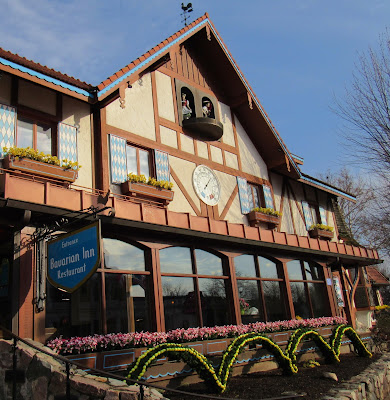 All of the portions were gigantic - whether for the kids' meals, appetizers, or dinners. My broiled chicken was surprisingly moist and flavorful, and my sister and I both particularly enjoyed the cranberry relish side dish, which was a mixture of cranberries and apples. With its German heritage, the restaurant does offer some German dishes as well -- the apple strudel dessert was absolutely delectable.

The next morning I was happy to discover Harvest CoffeeHouse, which certainly has the best caffeinated beverages in town. Soon it was time for me to head to the airport for my flight home, but I certainly would not mind returning to Frankenmuth in warmer weather!