Back in the day in Latvia...

One of my maternal cousins (technically she is my second cousin's daughter) in Latvia has done a great deal of genealogical work, researching our family tree. It was thanks to her work on that project that she emailed me several old photographs. This one I absolutely love - it was taken after a work bee (talka) on my grandparents' farm, Kalnini, in Kurzeme. My grandfather is the man on the left in the front. 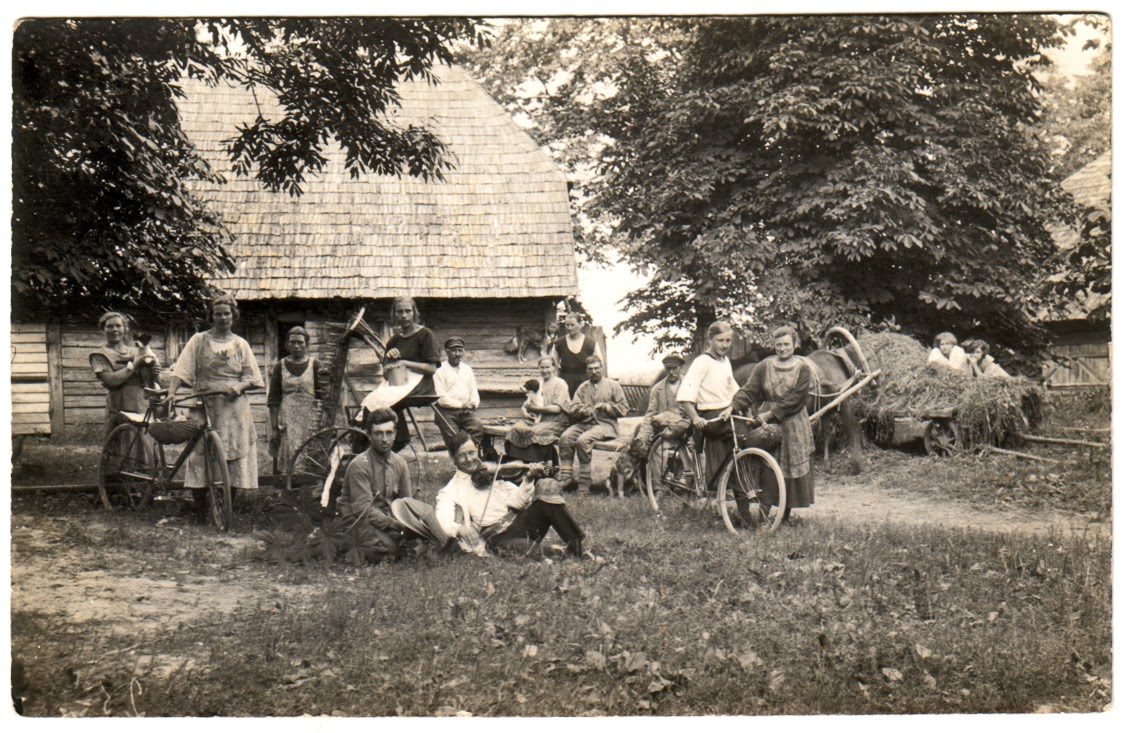 The composition of and details in this photo is just amazing: the bicycles, the dogs, the violin. You can tell this group of young people were planning a fun, relaxing evening after their day of laboring in the fields. I like the photograph so much that I even printed out a copy and posted it above my computer at work. Maybe a photo of them working instead of resting would have been more inspiring, though...?

In 2005, one of my mom's cousins took my younger sister and me to the land that had been our grandparents' farm. The photos below were taken on that land, now overgrown with weeds. The old farmhouse was still standing, although in great disrepair. It had been many years since anyone had lived there, although after my mother's family left Latvia to flee the advancing Red Army in 1944, the house was inhabited for a number of years after that. Still, seeing the land in 2005, it was difficult to discern that this had once been a successful farm. However, you could see that it had once been a beautiful place to live, and aptly named Kalnini ("little hills"). 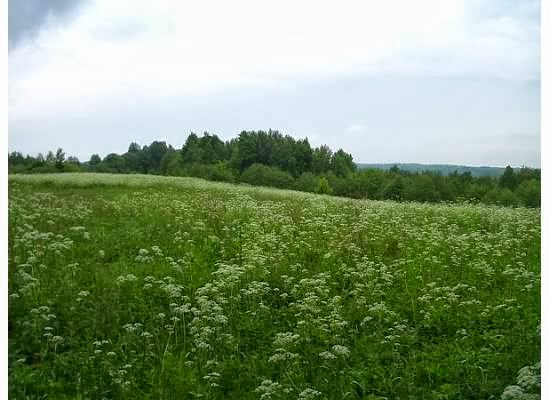 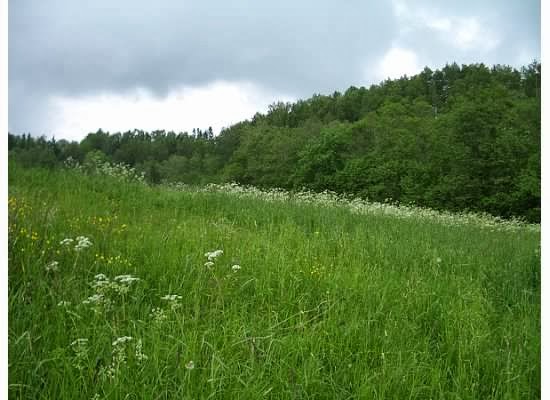