I enjoyed last year's Finnish Christmas market so much that I made a point to return this year - with my friend A (who had been sick last time, and had not been able to attend) in tow. We arrived at 11am when the doors opened, but the line to get in was so long that it was a while before we entered the building. Maybe going slightly later next year is a better idea, as that entire market was wall-to-wall humanity, and it was a bit insane. It also did not seem that too many items actually sold out that early.

We enjoyed the traditional music... 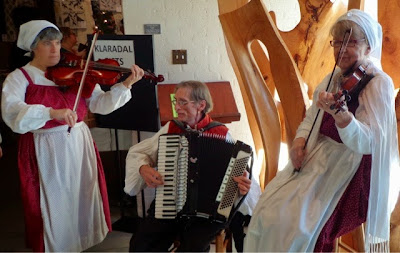 ...the many gnomes and elves (many of which are crafted in Estonia) for sale, and one of which I picked up for my collection... 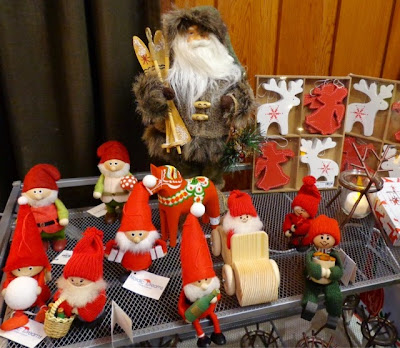 ...and the delicious food and drink in the cafe. 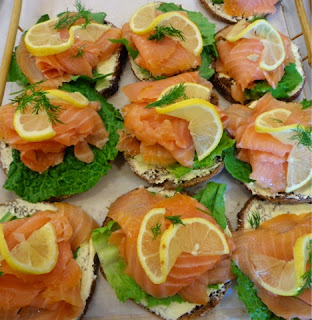 While I did not sample one of the enormous and beautifully prepared salmon sandwiches, A said the fish was fresh, the bread fantastic, and the combo perfect. We each savored a cup of glögi or mulled wine, which was being sold for an incredibly reasonable $2 a glass. We also appreciated running into an Estonian friend in the cafe, and catching up with him while he partook in his annual bazaar tradition of eating several Karelian pasties.

I will be sure to return next year for more glögi, another elf, and Finnish Christmas cheer.

And to my American readers: Happy Thanksgiving!
Posted by Dziesma at 12:30 AM