Located relatively close to metro Washington area, Shenandoah National Park in Virginia is a hugely popular destination for hiking and in the fall for leaf-peeping. While my recent visit coincided with unseasonably cold temperatures but did quite not coincide with peak color in some areas of the park, being able to visit on a weekday was a blessing, as October weekends in the park can be incredibly crowded.

After a pit stop in 0-60 Energy Cafe, a car-themed coffee shop in Winchester, we headed to the park. 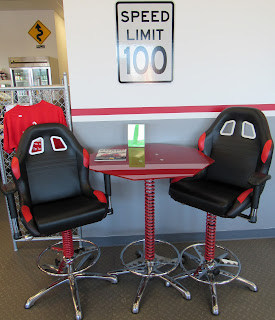 Shenandoah NP is long and relatively narrow, and the road which runs along the ridge from north to south is called Skyline Drive. The entrance furthest north and thus closest to Washington is in the town of Front Royal, and that is where we entered. Although Skyline Drive has a total of 75 overlooks at which tourists can stop, the first overlooks when entering from the north end are not as impressive because the views include quite a bit of civilization and not that much natural beauty - other than the fact that by standing on a ridge one can see quite far. Therefore, I recommend skipping at least the first several overlooks and concentrating your efforts on exploring the park a little further south. 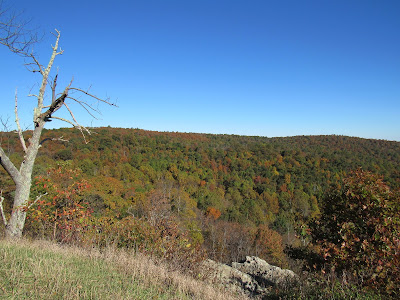 We did stop at the very first visitors center on Dickey Ridge - after all, it has restrooms! Here you can also speak with a park ranger, learn a bit more about your surroundings, and pick up books and postcards in the small gift shop. On a previous visit to SNP, I had purchased several editions of inexpensive park hike guides, which I have found to be very helpful. One guide features hikes to waterfalls, while another lists short hikes on the Appalachian Trail, yet another has hikes to peaks and vistas. My friend has done many hikes on the Appalachian Trail - mostly in New England - thus I knew that finding a spot on the Trail for our hike was the thing to do.

Making our way down Skyline Drive to our chosen hiking destination, we naturally stopped at several overlooks to take in the sweeping views and fresh (cold!) fall air. 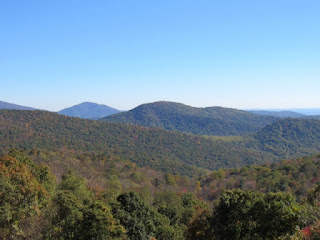 Eventually we reached our destination, the Pinnacles picnic area, and bundled up to head out on the trail. 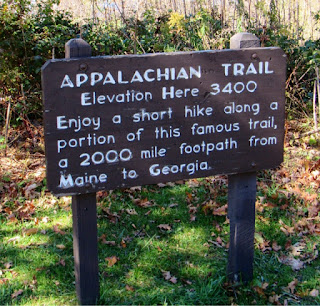 The trail here was relatively level and made for a hike that was not too strenuous, although in many areas the trail was covered in small stones and fallen leaves, making it difficult to look around at the woods while also watching where we were putting our feet! The peace in the forest was absolutely wonderful; during our two hours on the trail we met only two other hikers. 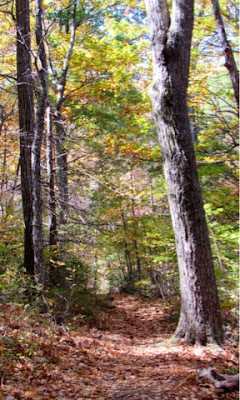 Our time in the park was a bit limited as I needed to be back in Washington for an evening class. The hike was supposed to be two miles long, but we had missed a turn relatively early on, so we ended up walking further - at least 2,5 miles, maybe a bit more.

After our hike, we stopped at one last overlook on Skyline Drive; this area of the park was more colorful. 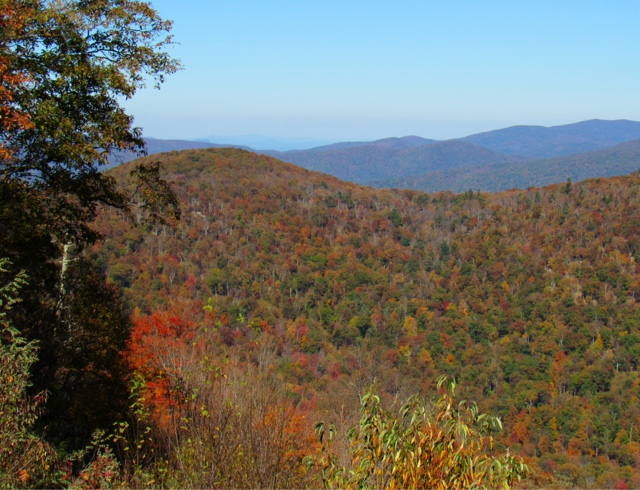 Before leaving lovely Shenandoah we stopped in the Skyland area for a quick lunch (although both restaurants were so busy that we only managed to grab some snacks from the coffee stand). We also had the opportunity to chat with a ranger who was displaying coyote, red fox and gray fox hides. But our time in Virginia was coming to an end, and we headed home.