To celebrate its 100th anniversary this year, the National Park Service launched a new advertising and marketing campaign called "Find Your Park" last year. Although it has only been in the last several years that I have begun to fully appreciate the NPS and its diversity, I now count myself as a huge fan. Just check out this video, and tell me this isn't an impressive park system?
Over time I have been fortunate to visit quite a few parks across the country: from Alcatraz Island in California to Sleeping Bear Dunes in Michigan, from Craters of the Moon in Idaho to Boston National Historic Park in Massachusetts. A few visits I've blogged about include: Shenandoah National Park in Virginia,Yellowstone which I visited a few years ago, Cape Hatteras National Seashore which I saw and loved in 2014, Antietam National Battlefield in Maryland on a hot summer's day, Harper's Ferry National Historical Park in nearby West Virginia, plus recalling an earlier visit to Sleeping Bear Dunes. Naturally, given that the National Mall & Memorial Parks in Washington is also a national park, that's another spot about which I have blogged.

A park that I visited on the same trip as Yellowstone was neighboring Grand Teton National Park in Wyoming. Although I was there for only part of a day, it was a beautiful and memorable visit, as the place is stunning! 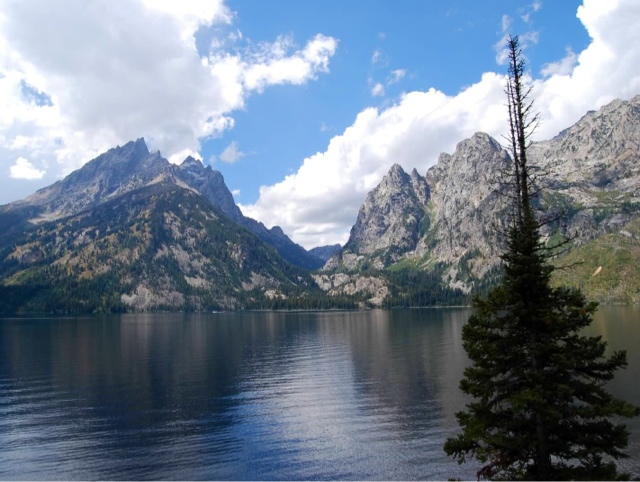 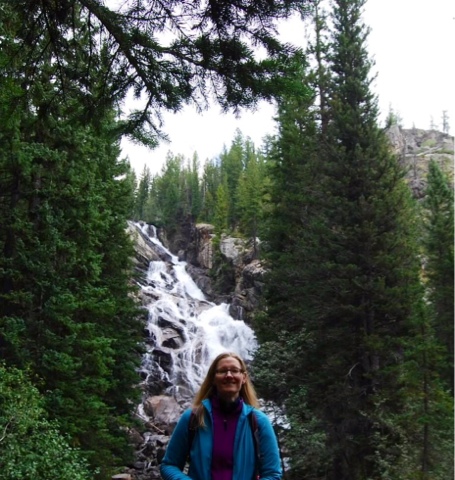 There are many more I would love to visit some day, including Acadia in Maine, Yosemite in California, Glacier in Montana, Arches in Utah, and - well, the list goes on!

However, if you asked me to name "my" park, I would quickly answer: the C&O National Historical Park. While spots like the Grand Canyon (which I've had the fortune of visiting twice!) are far more impressive, the beauty of the C&O is that it's close enough for me to visit frequently. Also, the impressive 180+ mile length, which stretches from the Georgetown neighborhood of Washington through all the way to Cumberland in western Maryland, means that there is lots to explore! I have hiked only about 25 miles of that. I have written about several (but certainly not all!) of my visits over the last several years, both in areas that are close to Washington, such as the ever-popular Great Falls overlook, and areas further away, such as the Monocacy Aqueduct and the town of Williamsport.

It's no surprise that my first outing to a national park this year was to the C&O. I took a five year old friend for a walk in the Great Falls area. The weather had been quite variable that day, and as we drove to the park, a quick downpour almost changed our plans. However, perhaps sensing our dire need to experiences the great outdoors, the rain stopped. After parking the car, we began walking, and I noticed other hikers looking above us, so we turned around to spot a lovely rainbow. I did not have a camera along; this photo was snapped with my very old cell phone. I'm hoping for many more visits to national parks this year (as well as better quality photos)! 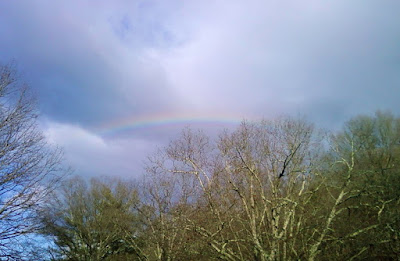