We made a quick stop in the outskirts of Ventspils for lunch in a cafe. After our inexpensive shashlik and rice meals, we walked around only for a few minutes, wanting to get back on the road quickly. Ventspils is known for being Latvia's richest city, and for being very tidy. My cousins actually complained that they feel it is too sterile! The town has quite a bit of fun and colorful public art, such as the ladybug below. 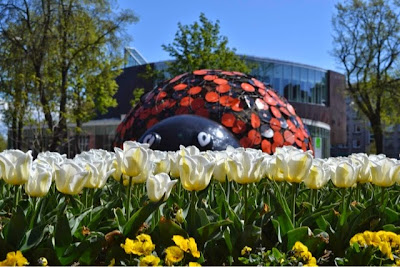 We continued our drive down the Baltic Sea coast. The area along the shore between Ventspils and Liepāja is rather rural and there are not many sights to see, but we did make two stops: first at the Užavas brewery store. I prefer wine, but of course Latvia is known for its beer. I was searching for gifts, and did find some. 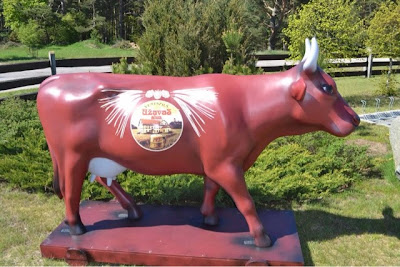 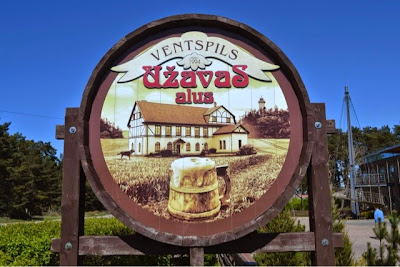 Our second stop was at the Jūrkalne beach, which was quiet and peaceful. Bryan made his way down to the beach itself, while I chose not to climb down those crooked stairs. Ironically, in trying to climb up a small sandy hill at the top of the dunes, I slid, fell, and pulled a muscle (definitely could have been worse!). However, the view from the dune into the sea was lovely. 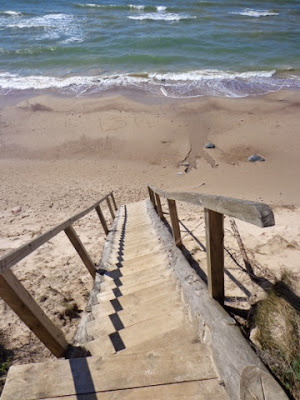 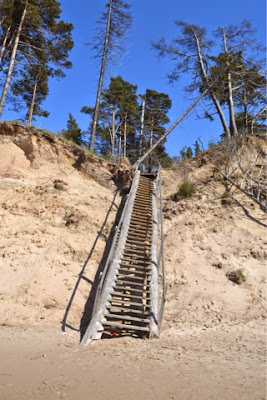 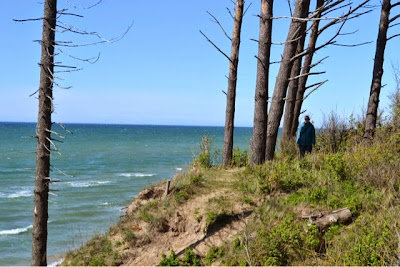 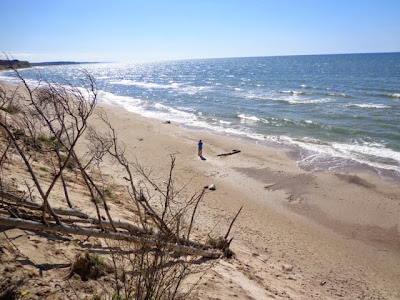 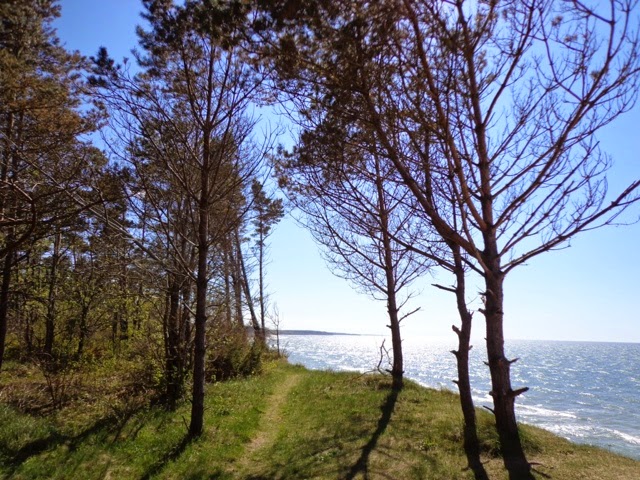 By the time we found our Liepāja hotel, Vihelmīne, we were quite tired. Our hiking/walking/climbing in the morning had lasted four hours, and adding that onto too little sleep meant that I - for one - was beat. I catnapped, read, rested, and tried to find some energy to at least see something in Liepaja. I asked the hotel employee to recommend a restaurant for dinner, preferably where we could eat seafood. She suggested "Pastnieka Māja" (The Postman's House"), which was only a block away. It was a restaurant that I had heard of before (it is highly rated on TripAdvisor), and was excited to try. Bryan and I both had the salmon dish, and it was marvelous. Service was very friendly and helpful, and the ambiance in the space is modern, yet comfortable. For dessert Bryan chose the brownie with ice cream, which was enormous and which he definitely enjoyed, while I had a strawberries and cream dish which average in my opinion. If you ever happen to find yourself in this town, I highly recommend enjoying a meal at "Pastnieka Māja"! I rarely take photos of my meals, but these were too pretty! 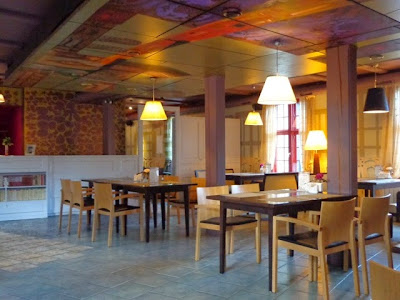 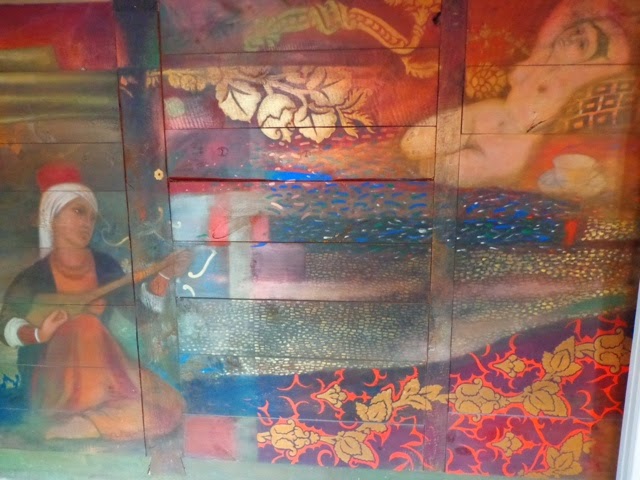 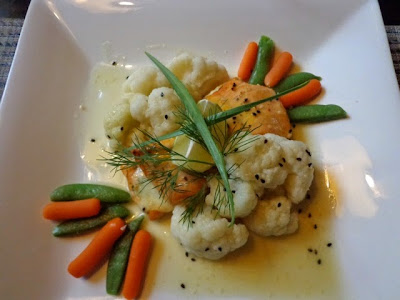 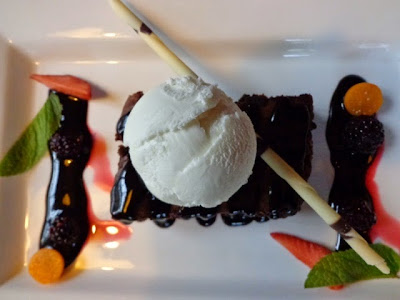 We ran back to the hotel, as it was getting to be sunset time, which was 9.39pm on May 14 in Liepāja if you like details. (For reference, around the time of the summer solstice, the sun will set in Liepāja at 10.31pm and rise at 4.45am - Latvia has many hours of daylight during the summer.) We wanted to witness the sunset, and Bryan wished to put his fancy camera and tripod to use for some colorful photographs. Many of these vacation photos are from Bryan's camera - most photographed by him, some by me, while others are from my smaller/cheaper/less fancy point-and-shoot. Thanks to a few clouds, we were treated to a delightful sunset. 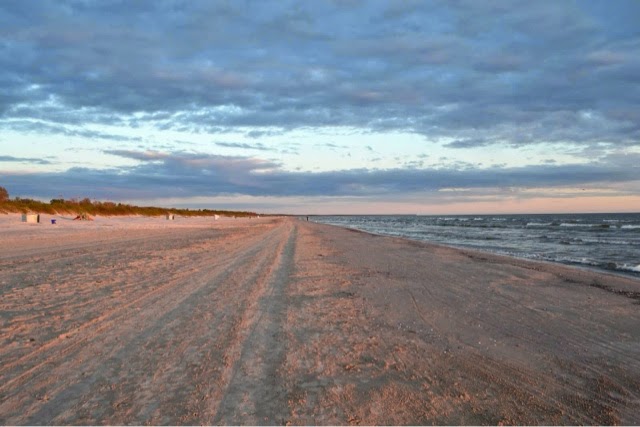 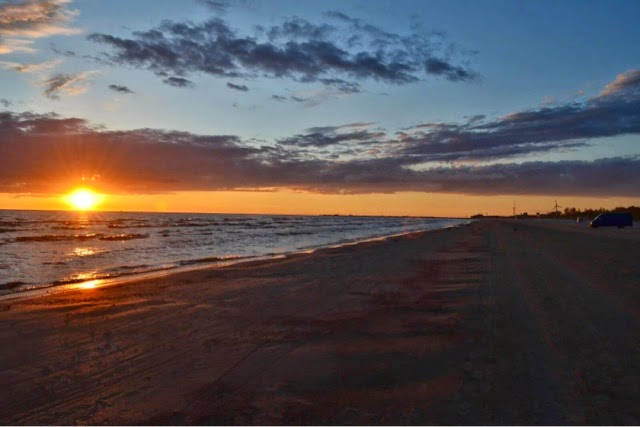 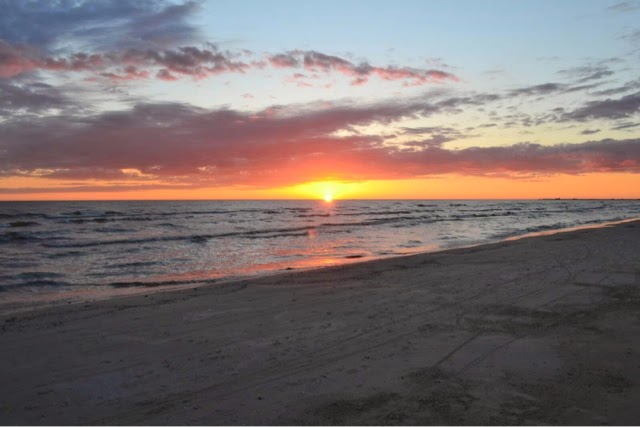 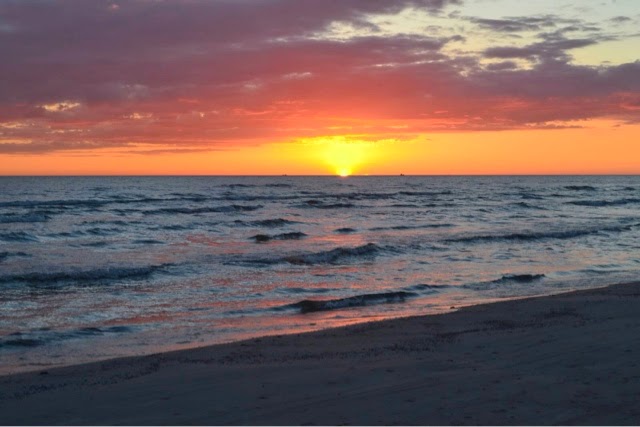 Having visited Liepāja a number of years ago, I was dismayed to see more abandoned and run-down building than I recall on previous visits. It was too dark as we returned from the beach, but there are a number of absolutely stunning historic buildings which are decrepit and falling apart.This is a common problem in Latvia, and it's sad to see. Later a friend explained that the country's real estate laws are quite prohibitive when it comes to buying fixer-uppers. Apparently the law dictates that a buyer must not only qualify for the mortgage, but must have a separate pot of money which would allow him/her to fix up the house (to code) within one year! To me this seems incredibly counter-productive and illogical. If this law is really as strict as my acquaintance said, then it's no wonder the Latvian countryside and many towns are dotted with concrete carcasses and sad once-beautiful historic buildings.

The photo below, however, is of some of the better grafitti that I spotted. It says, "Kāds ir Tavs šīs dienas izaicinājums?" Translation: "What is your challenge for today?" 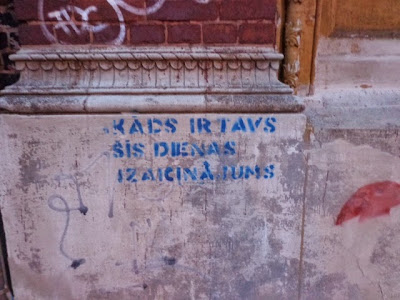