A sunny Sunday afternoon called for yet another outing, this to Sugarloaf Mountain and the winery that sits at its foot - Sugarloaf Mountain Vineyard. Located in the furthest corner of Montgomery County, the winery is a short drive from the DC area and a wonderful destination for an outing, as witnessed by the many people imbibing on this particular day. The tasting room is not large, and can only accommodate groups of four or less at each table. There is much space outdoors, however, and a fire pit was helping keep visitors warm even on a cool day. 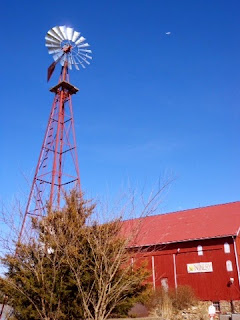 Unlike many wineries that only offer tastings, SMV has a larger selection of drink and snack options. The standard option of six wine tastings for $10 seemed to be the one that no one was choosing! I decided to try the sangria, which I saw quite a few other customers drinking, too. In winter months, mulled wine is offered instead of sangria. One can also buy an entire bottle of wine to enjoy, or any of their six wines by the glass. Additionally, they sell locally produced cheese, as well as a variety of chips and crackers. The only problem with the cheese was difficult-to-open plastic packaging and lack of a sharp knife to open it, as only a plastic utensil was provided. 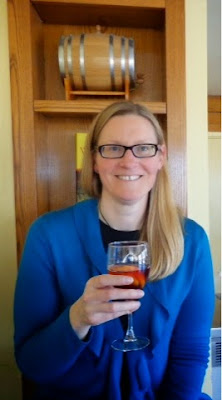 After enjoying our wine, we drove the short distance to Sugarloaf Mountain, which - interestingly - is not owned by any government agency or entity, but rather is owned and operated by a non-profit organization. One can either park at the very foot of the mountain, and climb up, or drive up partway and climb from there. We choose the less strenuous option, although it was still a good workout. Sweeping views of the region abound. 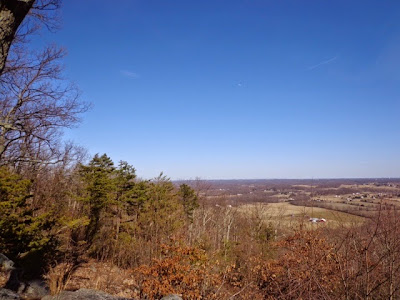 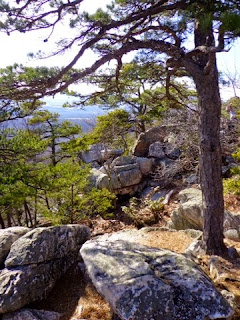