Temperatures in the DC area were chillier in March than they should have been, and many days felt more like winter than spring. However, we did experience some lovely sunny days, and on a couple such cheerful occasions I ventured out for some adventures.

One outing was to Cunningham Falls State Park in Maryland with a couple of friends. Located in the Catoctin Mountains, not far from the Presidential retreat Camp David, the park is divided into two sections: one has a lake, waterfall and camping area, while the other contains another camping area, plus the historic Catoctin Iron Furnace. I had been to the waterfall several times previously, and enjoyed the short hike and lovely scenery. Due to the snow and rain we had experienced recently, I was expecting the waterfall to be more impressive than usual, and on that count I was a tad disappointed. Regardless, the easy half-mile hike to the falls was enjoyable. 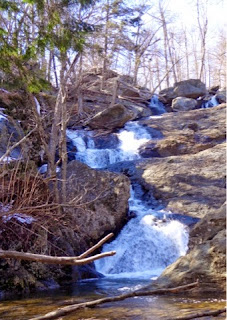 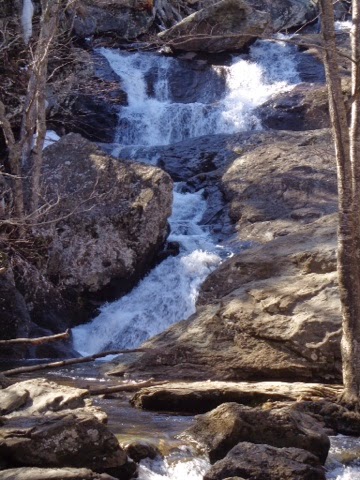 We were also able inspect, touch, and hold several preserved animals that park volunteers had on display. 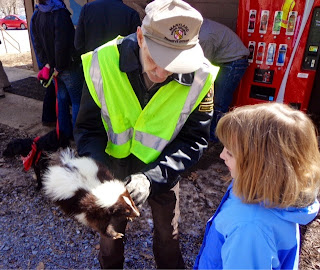 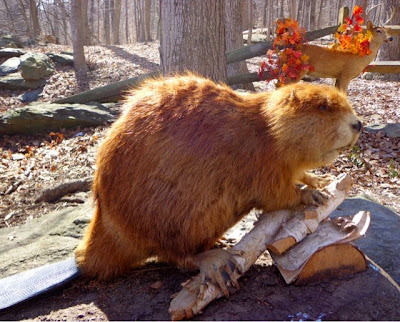 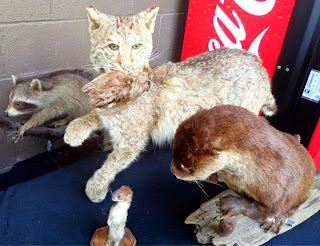 After our hike, we decided to drive back to the DC area on side roads. That's how we came across the Catoctin Iron Furnace Historical Area, which is also a part of the state park. 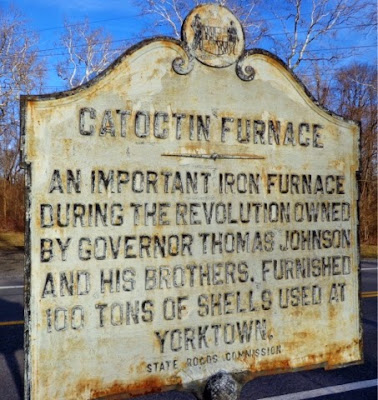 Other than the furnace building and old home to inspect, we also found the short historical trail. Naturally, we investigated to see where it would lead! The trail crossed a burbling stream, then the highway, and ended at the side of a picturesque small river. I would love to return in the summer to go wading, though I suspect it is a popular hang-out for local teenagers - we found engravings on trees to attest to that.