The second part of February can be a bit dull, but this winter's Olympics have provided much needed excitement for those of us who root for Team Latvia. In addition to three medals I mentioned previously, the hockey team somewhat unexpectedly won a game against Switzerland to move onto the quarterfinals. The Latvians were outmatched in the quarterfinal game against Canada, yet played amazingly well. With the nine-hour time difference between DC and Sochi, the vast majority of my Olympics "watching" has taken place online via the official Sochi website, which lists results almost in real-time. My excitement could barely be contained as the game was tied 1-1 for a long time, and I do wish I would have been actually able to watch the action. The Canadians did manage a second goal to win the game, but by that point the Latvian team had many admirers. Online many compliments and kudos rang out, particularly for 21-year old goalie Kristers Gudlevskis. He had 55 saves, and earned a great deal of respect for that from hockey fans around the world.

On the last day of the Olympics the four-man bobsled team led Oskars Melbardis won a silver medal, trailing a Russian team by only .09 seconds over four runs. Other than winning Latvia's fourth medal, the bobsled teams stood out for their gorgeous outfits and sled, complete with ancient Latvian symbols.

The latter part of February is also slightly more interesting because it contains my birthday. Two co-workers took me out to lunch on Tuesday, and on Thursday another February birthday child and I were treated to fantastic homemade gluten-free sweet potato cupcakes with a cream cheese frosting. Lucky for us, one of our colleagues is an outstanding baker. 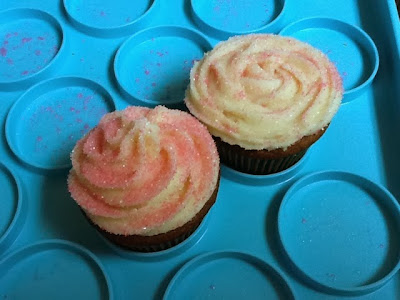 I have also received two amazing birthday gifts. The first is this gorgeous Latvian linen scarf, which I had mentioned in a previous post. It is lightweight summery accessory, so I will wait for warmer weather to wear this lovely gift.

The second gift is a family heirloom that is more than 60 years old. My mother sent me a sterling silver mechanical pencil that my grandfather had purchased in Germany before emigrating to the United States. (I asked mom, and it turns out that the refugees had to spend all of their German money before leaving Germany.) I will need to investigate to find out what size lead it takes, and hopefully have a more mechanically inclined friend help figure out how the darn thing actually works. The pencil, while very lovely, does not photograph particularly well, but here is a photograph.