Latvian athletes have been performing admirably at the Winter Olympics. On February 12, brothers Andris and Juris Šics won the bronze medal in doubles luge. On February 13, the Latvian team won bronze in the luge relay, a new event, which the New York Times did a decent job describing in this article. What the article leaves out is who makes up the team. A luge relay team consists of a doubles luge (Šics brothers), one men's luger (Mārtiņš Rubenis who won bronze in the men's single luge at the 2006 Olympics in Turin) and one women's luger (Elīza Tīruma). Interestingly, overall, none of the individuals placed higher than fourth in their respective categories, but as a team they placed third.

My friend Liene shared a surprising article about Juris and Andris Šics. It seems that three years ago Juris was in a serious car accident in which he sustained life-threatening injuries. Doctors warned him and his family that he may never walk again, and to not even dream of being a world-class athlete. Yet, here he is in 2014, a double Olympic medalist!

Today, February 14, the first two runs in men's skeleton took place, while the third and fourth runs will be held on February 15. This is the sport in which many Latvians have assumed at least one of the Dukurs brothers would medal. After the first runs, Mārtiņš is in second place, and Tomass is in sixth. It would be wonderful to see them both medal tomorrow, but only time will tell!

Meanwhile, in the DMV, we were socked with Snowstorm Snochi. The weather forecasters were quite accurate in their forecasts, although I really only follow the Capital Weather Gang at the Washington Post. I have learned that CWG is the best of the bunch. Snow began to fall Wednesday evening, and by Thursday morning my neighborhood had a good foot snow. That was topped off by rain during the day, and another inch or so  of white stuff Thursday evening. Schools had already cancelled classes for the following day late on Wednesday afternoon, and even the government announced its closure late Wednesday night.

I had a very productive snow day: baked two different types of muffins in addition to a batch of honey cookies, took a walk, shoveled out my car (ouch! the snow was very heavy), spoke on the phone with five different people, and skyped with a good friend in Europe. I did take a few photos of both the snow and my baking, but am having some technical difficulties, thus am unable to share them right now.

However, a friend shared his photo of the snowbum he built. :) 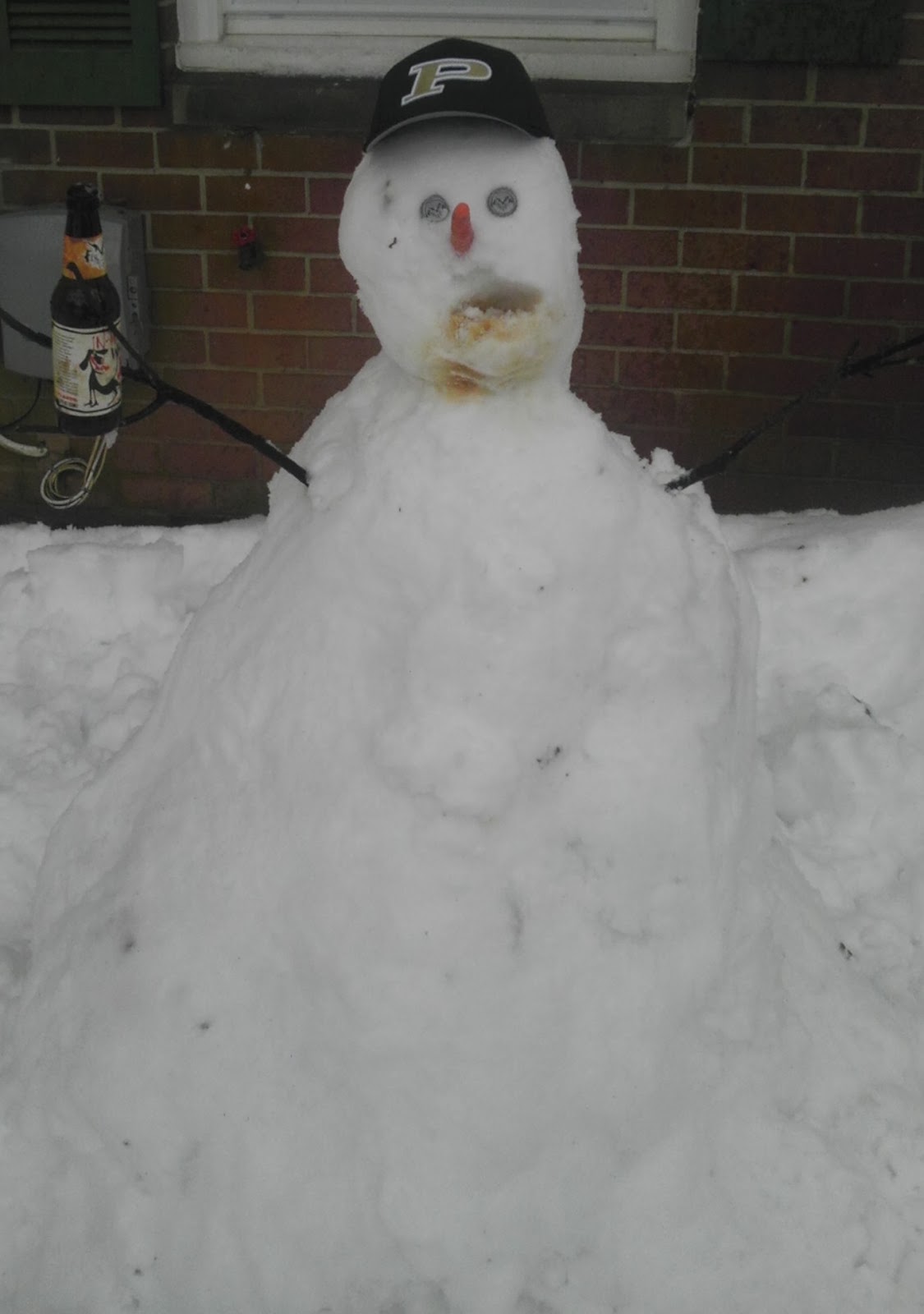 Sadly, the results of my baking marathon were underwhelming. I attempted an applesauce muffin with toasted walnuts that turned out to be bland although I had added the called for amounts of spices. For the first time I did some paleo baking, making an almond butter and applesauce muffin. This, too, came out a bit underwhelming. I would cnsider making either recipe again, but not without serious doctoring - adding more spices, more nuts, and possibly chocolate chips. That said, my co-workers seemed to enjoy the fruits of my labor on Friday.

This weekend is a nice long one, with Monday being a federal holiday, and I am very much looking forward spending a bit of time watching the Olympics, as well as seeing some friends.
Posted by Dziesma at 3:17 PM