A few years ago I was given this old letter by a relative to whom it had originally been sent. I am so glad that snail mail was a big deal when I was growing up, and that - I presume in an effort to get us to write in Latvian - my mother often sat my sister and me down to write cards and letters to various family members who lived in other cities. Luckily, some recipients of my cards and letters kept them, and I was quite touched to see this one. 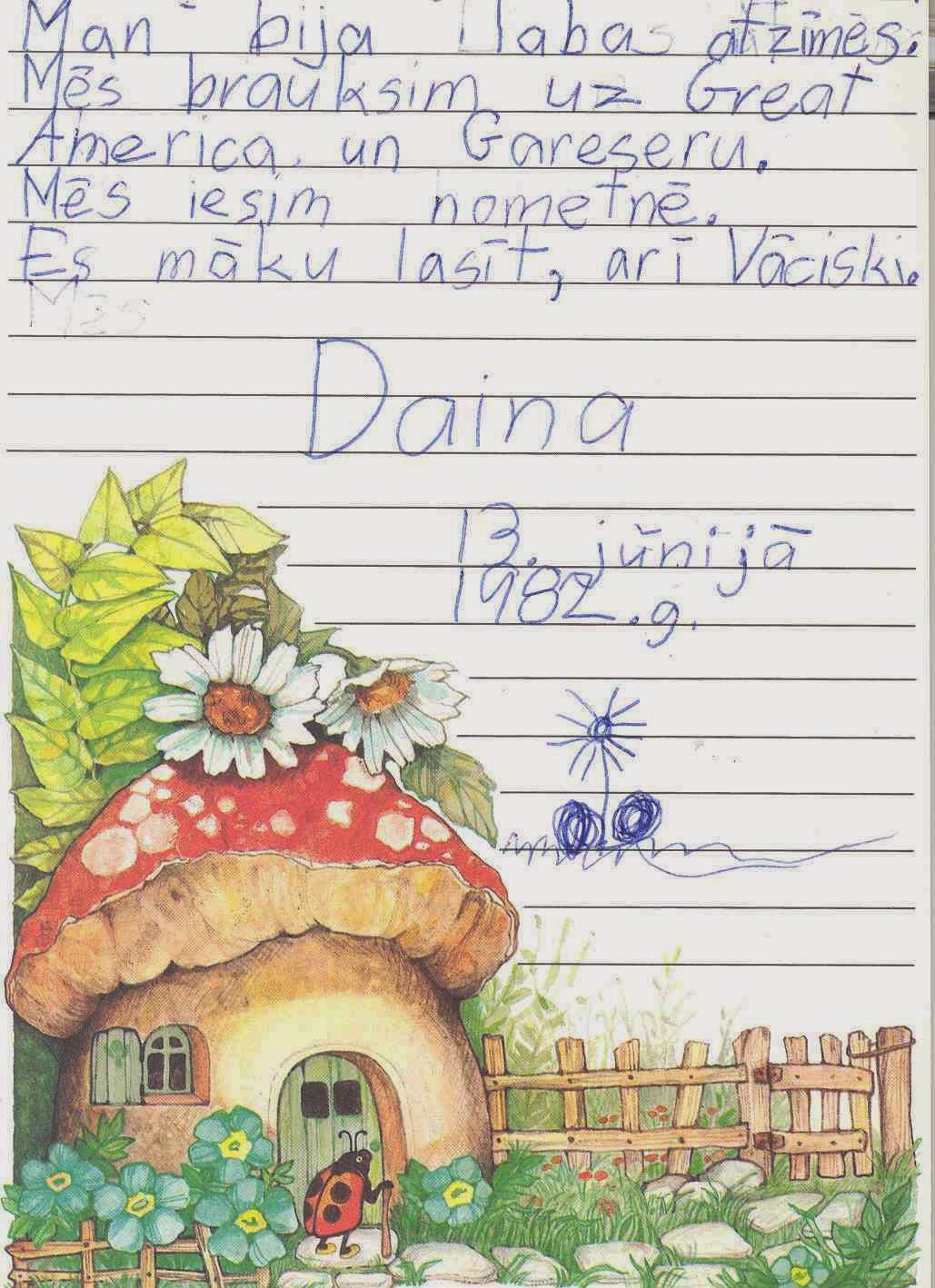 1. Great America was an amusement park a couple of hours from our house, and clearly planning on visiting that was a big deal. Naturally, the thing that I remember best from that visit was not being allowed to go on many kids' rides because I was too tall. This would not had been as problematic had my younger sister not been more average-sized and thus being able to enjoy the rides while I watched from the side. Nope, not one of my fondest memories!

2. Garezers is the Latvian camp and cultural center at which we spent most of our summers. Our family lived there for about eight or nine weeks each summer because my parents worked at the camp, and at the appropriate ages my sister and I attended the two week long kids' camp and later the six week long summer high school.

3. Although we spoke only Latvian at home, my parents decided to send my younger sister and me to a German immersion elementary school once we began kindergarten. Our city was one of the first to have public language immersion schools; founded in 1977, the school was only a few years old when we began attending. From kindergarten through second grade students were immersed in the foreign language 100% of the time. From third through fifth grade, half the school day was in German, half was in English. Both my sister and I continued studying German for many years, including spending time in Germany as university students. Interestingly, although the language is considered less useful than others nowadays, both of us have used our German skills in at least one job.