This made me tear up!

The silver medal winning bobsled team (along with a few athletes and officials) returned to Riga late Monday night. As in really late: in the middle of the night, around 1am Tuesday morning, actually. In spite of the late hour, over 200 people greeted them at the airport to congratulate the medalists. 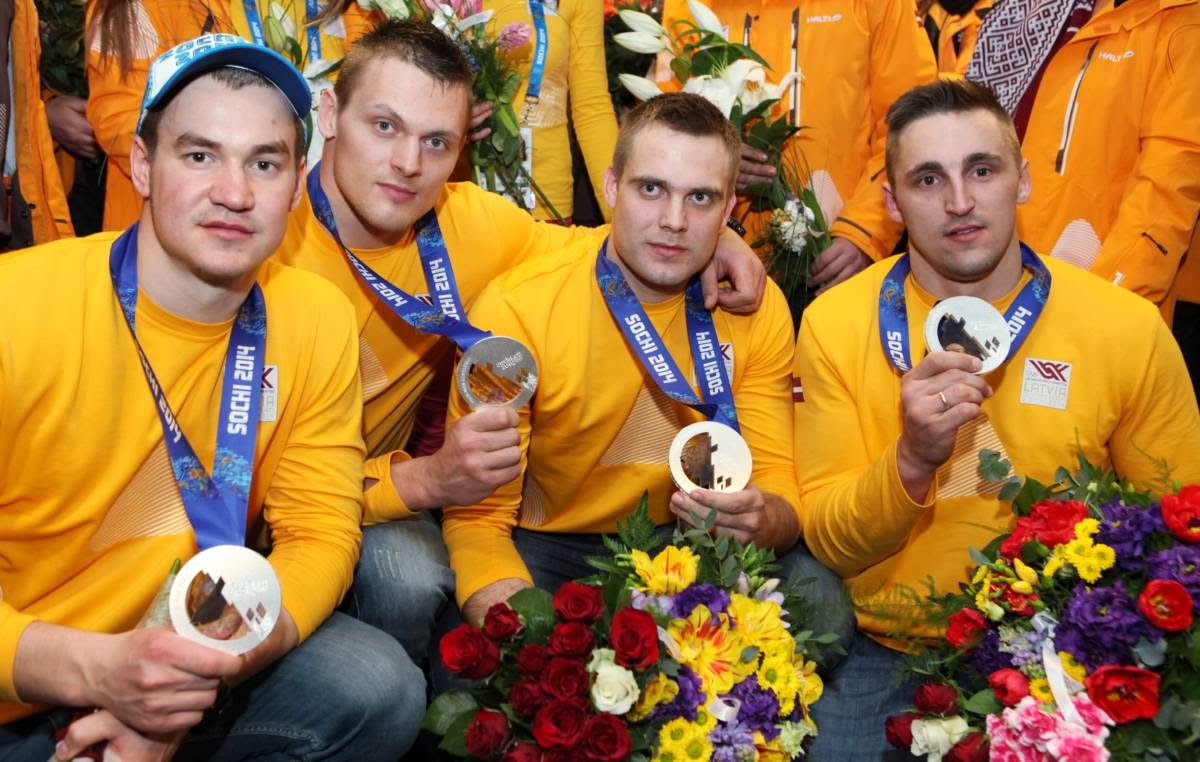 Latvians LOVE flowers, so the athletes received bouquets from many well-wishers. Afterward, the team headed to the Freedom Monument to lay flowers at its base. If you'd like to read an entire article about it in Latvian, that is here. Photos I have posted here are from that same news website, KasJauns.lv. 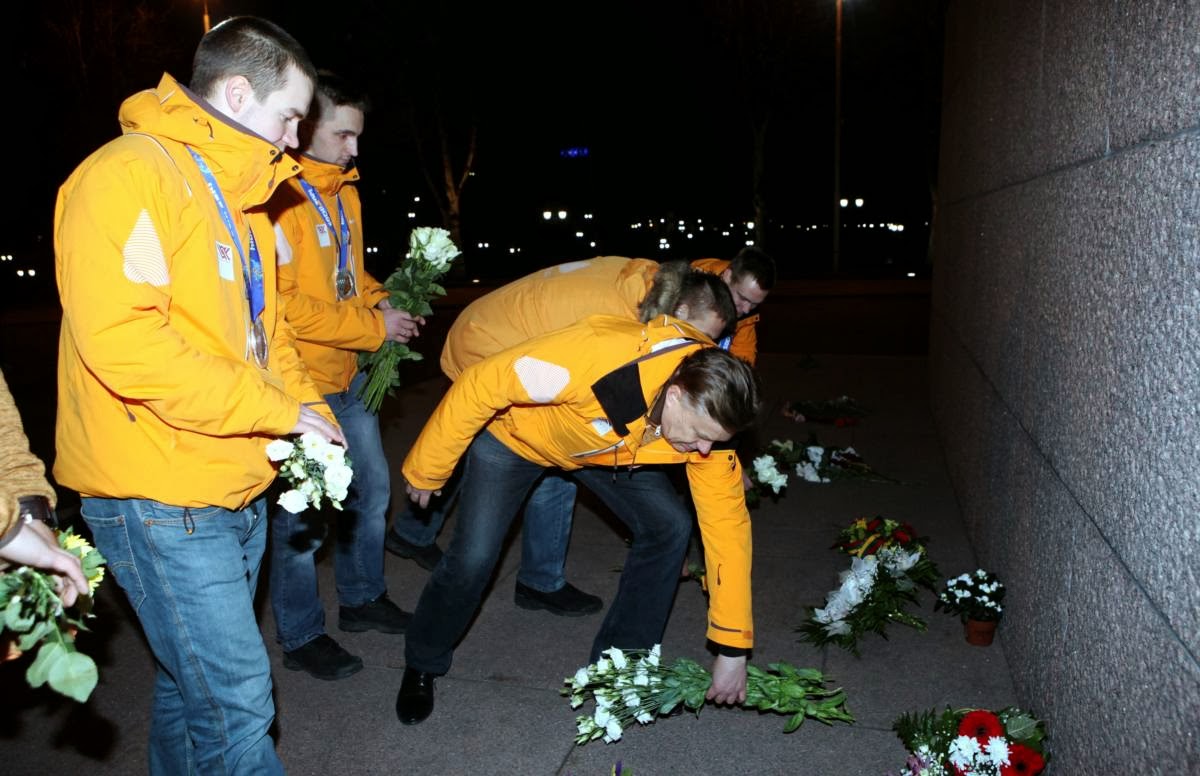 It is interesting to note that this is the first Olympic medal Latvia has won in an Olympic bobsled event as an independent country. As explained by Viesturs Zariņš in his article "Bobsleigh Silver Ends Drought" on LatviansOnline:

Twenty six years ago at the Calgary Olympics in 1988, a four man crew piloted by Zintis Ekmanis consisting of three Latvians and a Russian, and a two man crew piloted by Jānis Kipurs, brought home a gold and a bronze. Unfortunately the medals went to the Soviet Union. Four years earlier in Sarajevo, Zintis Ekmanis piloted a 2-man sled to a bronze.
Thus, it was fitting for these athletes to recognize Latvia and its history by visiting the monument that is beloved by the people and so very representative of Latvia's struggles and victories. 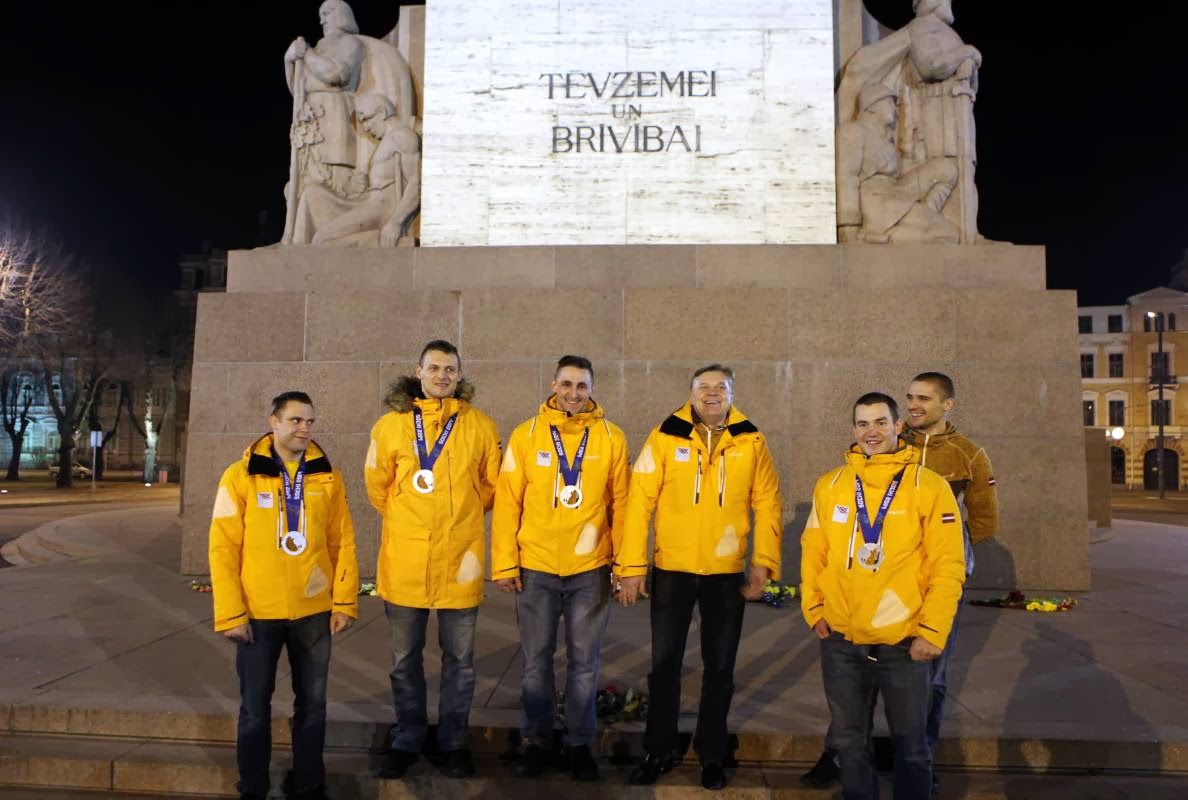 The woman depicted on the top of the Freedom Monument is known as Milda. She can also be found on Latvia's new Euro coin, and was previously pictured on the Latvian 5 lats coin. Just today the Bank of Latvia posted a wonderful video on the history of Milda.
Posted by Dziesma at 12:11 PM